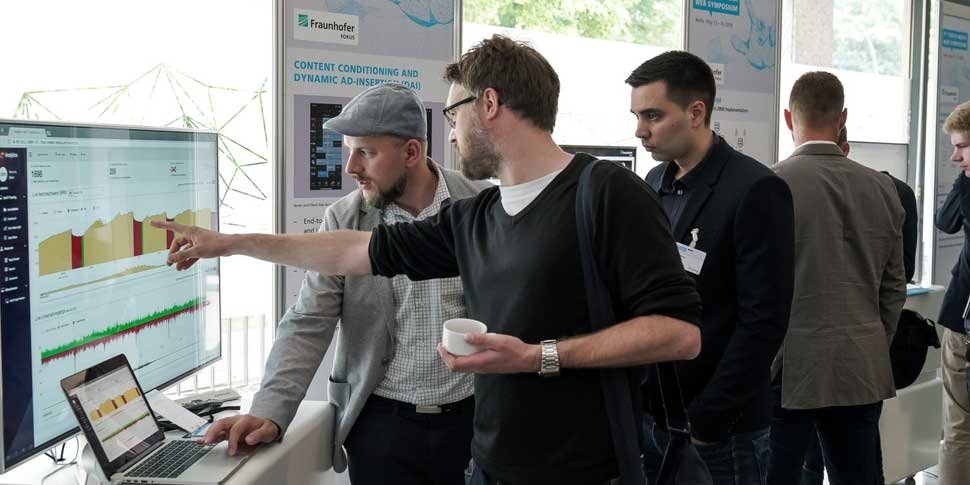 Under the motto “Internet Delivered Media – Mission accomplished?” the seventh FOKUS Media Web Symposium will take place from May 15-16, 2018. At the annual conference, more than 200 international guests meet again at Fraunhofer FOKUS to discuss the latest trends and technologies of the “Media Web” with experts from science and industry.

The focus of this year's event is on Internet media. In addition to specialist lectures, visitors can find out about current research work at Fraunhofer FOKUS at various exhibits and thus immerse themselves in the “Media Web”.

The second day of the event begins with a keynote address by Holm Münstermann (Google) on the topic “The Multiple Merger – Challenges on the Road towards a Unified Video Monetization”. Afterwards, the session “Internet Delivered Media – Mission accomplished?” takes place, which is followed by the “OTT Standardization Panel”. Finally, the speakers will discuss the next big things in the industry, namely augmented reality, artificial intelligence, blockchain, and 5G, as well as possible uses of addressable TV, which describes the interaction of linear television and digital advertising.