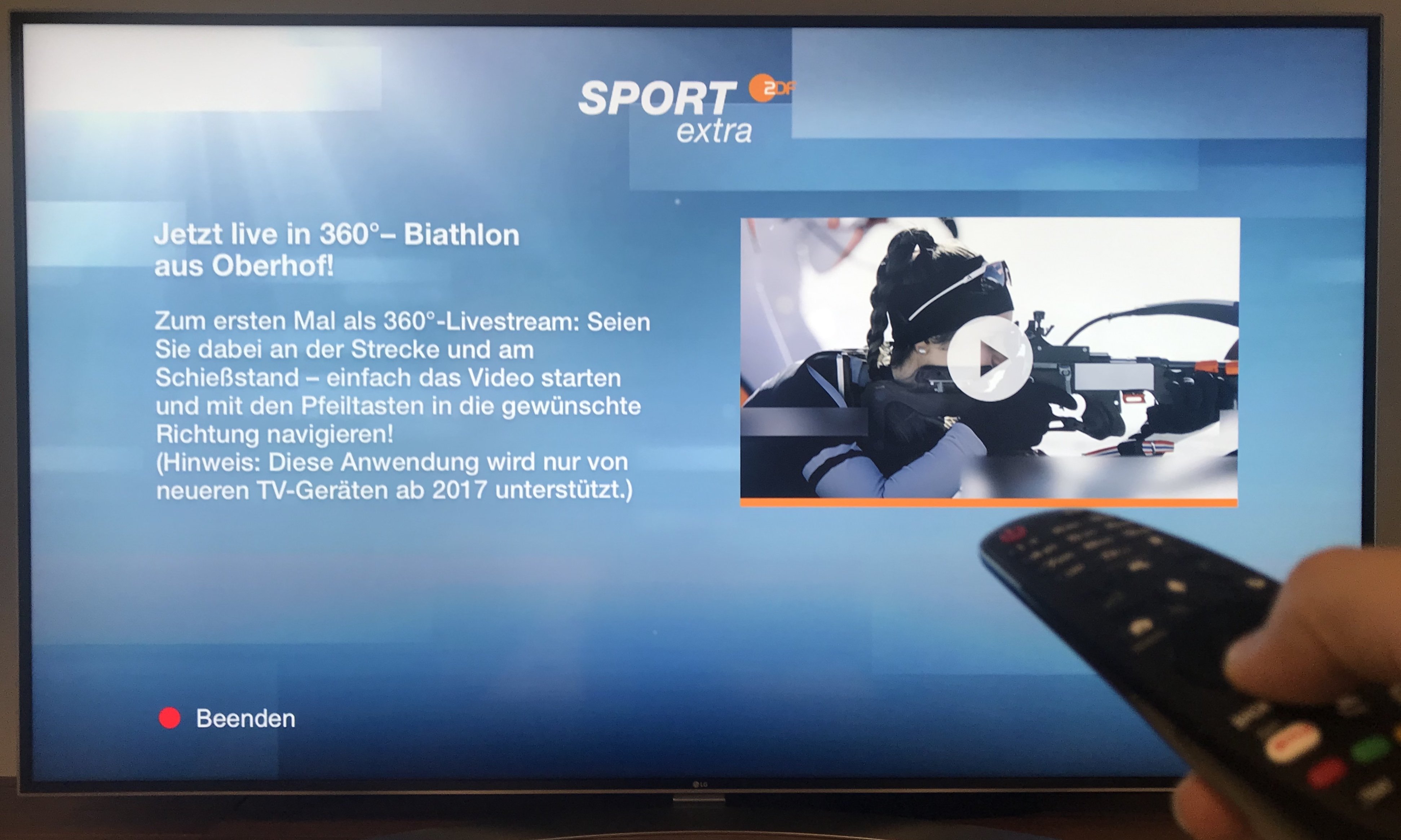 This year’s Biathlon World Cup in Oberhof was a truly immersive experience. The German public broadcaster ZDF offered its viewers not only a TV broadcast but provided a complementary 360° video live stream – using Fraunhofer FOKUS technology.

The Fraunhofer FOKUS Cloud-based 360° Video Playout was user-friendly and easy to access. Viewers with compatible TV sets that support the W3C Media Source Extension (MSE) API were able to start the 360° live stream within a dedicated HbbTV application just by pressing the Green button of the TV remote control. With the arrow keys, they could change the perspective or the field of view. The ‘Picture-in-Picture’ (PiP) mode even allowed viewers to watch the competition from several angles at the same time.

The Fraunhofer FOKUS Cloud-based 360° Video Playout technology offers a wide range of new possibilities. Usually, 360° video needs a large bitrate and a considerable processing load to perform the geometrical view projection and rendering. This is why a smooth playback of 360° video is almost impossible on TV sets and low-capability streaming devices. Therefore, Fraunhofer FOKUS developed a new approach: the technology reduces the bandwidth requirement by around 85% – without any loss in quality. The key is cloud-based preprocessing: the individual fields of view are rendered at server-side, only the selected view is then streamed to the TV. This reduces the bitrate dramatically. For example, the original biathlon 360° live stream was provided in a bitrate of 15Mb/s while the 360° Video Playout streams were reduced to less than 2Mb/s – so the viewers were able to watch high-quality 360° video giving them the feeling of being right in the middle of the World Cup.