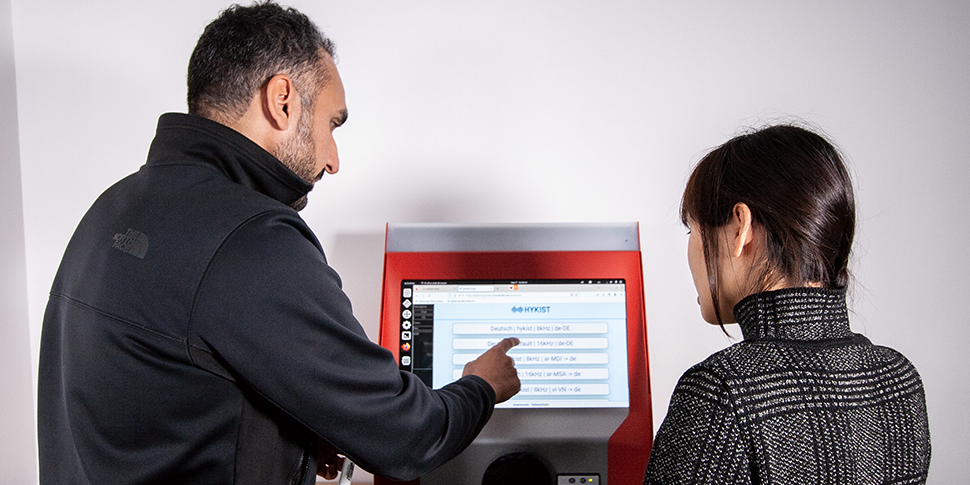 Hybrid AI language assistance soon to be available in Ukrainian

There are approximately 21 million people with a migrant background living in Germany. Comprehension problems between patients and medical staff due to language barriers pose a particularly significant challenge for all parties involved and increase the risk of treatment errors and ineffective preventive measures. HYKIST assists foreign language-speaking patients upon arrival at the emergency room as well as with over-the-phone translation during doctor-patient meetings through AI-assisted communication. In this way, complex medical issues and specialist terminology in particular can be better translated.

After intensive work in recent months on optimizing the system for the Arabic and Vietnamese languages, Ukrainian is now the focus of development work. In the new project phase, concepts and processes already developed can be used to integrate new languages into the HYKIST platform. Since September 2022, the project partners have been working on growing the pool of linguists, building medical text corpora for the Ukrainian language, and creating glossaries.

After clarifying the main requirements, the consortium is now preparing the system for machine recognition and translation. For this purpose, sample dialogues must be recorded as test and development data for Ukrainian, which will train the AI for speech recognition and machine translation. At the same time, the user interfaces of the initial medical history assistant and the language mediator app will be enhanced.

The HYKIST project is funded by the German Federal Ministry of Health and is part of the funding priority “Digital innovations for patient-centered healthcare”. Fraunhofer FOKUS is in charge of the project. Other project partners are Triaphon gGmbH, RWTH Aachen University and Apptek GmbH. 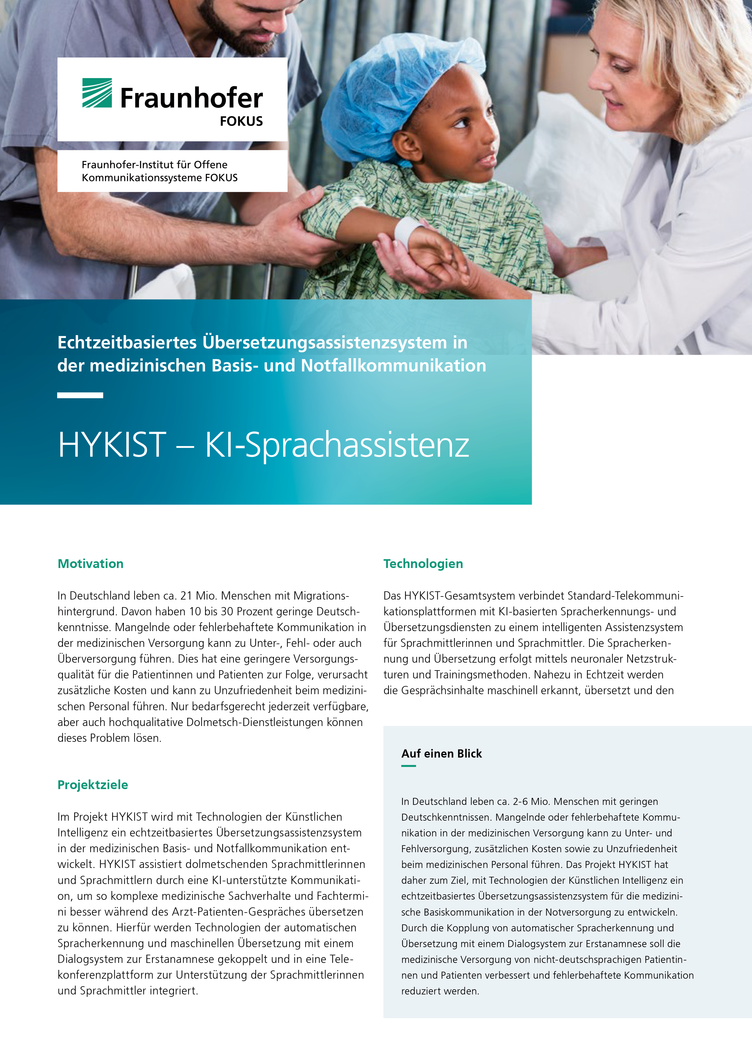