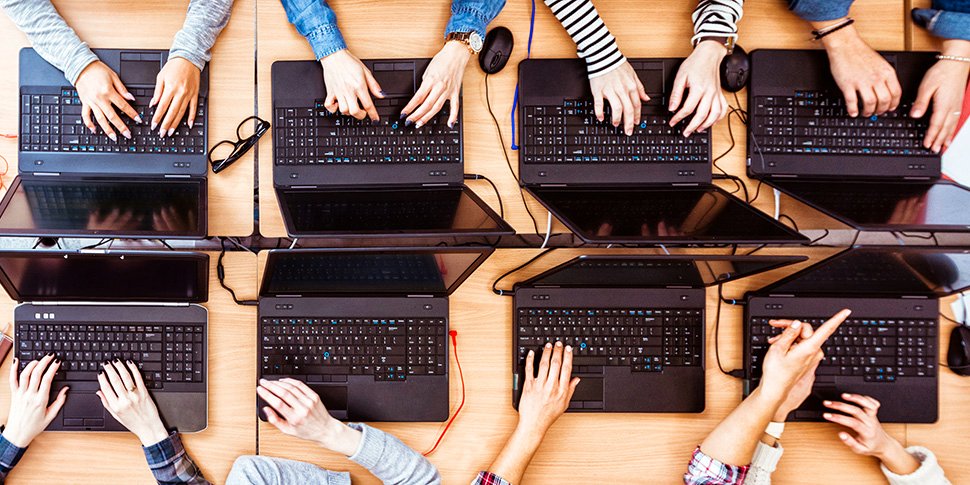 The Corona pandemic saw a shift of teaching and learning into the digital space. For learners and teachers, this presented several organizational, technical, and didactic challenges. In particular, the numerous stand-alone solutions offered by various educational institutions made it difficult for users to take full advantage of digital learning.

The National Education Platform, Initiated by the German Federal Ministry of Education and Research (BMBF), is intended to provide a technical meta-platform based on open standards that creates the foundation for a networked, powerful and interoperable teaching-learning infrastructure. The BMBF selected the Common Learning Middleware developed by Fraunhofer FOKUS as one of three prototypes of the National Education Platform within the framework of the “mEDUator” project.

The basic idea for the Common Learning Middleware (CLM) has been developed since 2014 in two BMBF-funded research projects on the use of media in continuing education. In the process, various educational institutes from the fields of handicrafts, computer science, and general school and university education were interconnected. The Smart Learning projects thus laid the foundation for the CLM project, which was realized from 2018 to 2021 as a strategic project within the Fraunhofer-Gesellschaft e. V. for the development of its own interoperable educational infrastructure.

The CLM serves as a mediator for all relevant components of modern learning management and education ecosystems – including user interfaces, authentication systems, user and enrollment management, and various databases for learning media, metadata, and profile and learning data. In addition, various other services can be connected to the interoperable interfaces, e.g., for the use of artificial intelligence to evaluate learning activities, the presentation of content in virtual and augmented realities, or the secure verification of educational certificates using blockchain technologies. The services do not have to follow the same interoperability standards, as the CLM can translate between different standards and thus provide educational institutions with easier access to the platform.

The National Education Platform that is now being created is intended to implement an overarching meta-platform of interconnected digital education offerings. It is intended to create the framework for a powerful, interoperable teaching-learning infrastructure and the functionalities and services that build on it. To this end, existing and new offerings will be interconnected using interoperable standards.

Dr. Christopher Krauß, initiator and project leader of the Common Learning Middleware at Fraunhofer FOKUS, emphasizes: “The great fragmentation of educational offerings and different technical solutions has led to a great need for interconnection of different educational ecosystems. We are pleased that we have been thinking in the right direction for several years with our Common Learning Middleware and hope to now contribute to the success of the National Education Platform with our technology and experience.”

The piloting of the CLM is funded by the German Federal Ministry of Education and Research (BMBF) as part of the “National Education Platform Initiative” and implemented by Fraunhofer FOKUS together with the Fraunhofer Academy. In addition, the project is supported by the following associated partners: German Research Center for Artificial Intelligence (DFKI), FESTO Didactic SE, Mansystems Deutschland GmbH, University4Industry, HTW Berlin, Berliner Hochschule für Technik, TH Brandenburg, HS Albstadt-Sigmaringen, Fraunhofer IOSB and Fraunhofer FIT as well as by the project consortia of the BMBF-funded projects “TripleAdapt” and “EXPAND+ER WB³”.