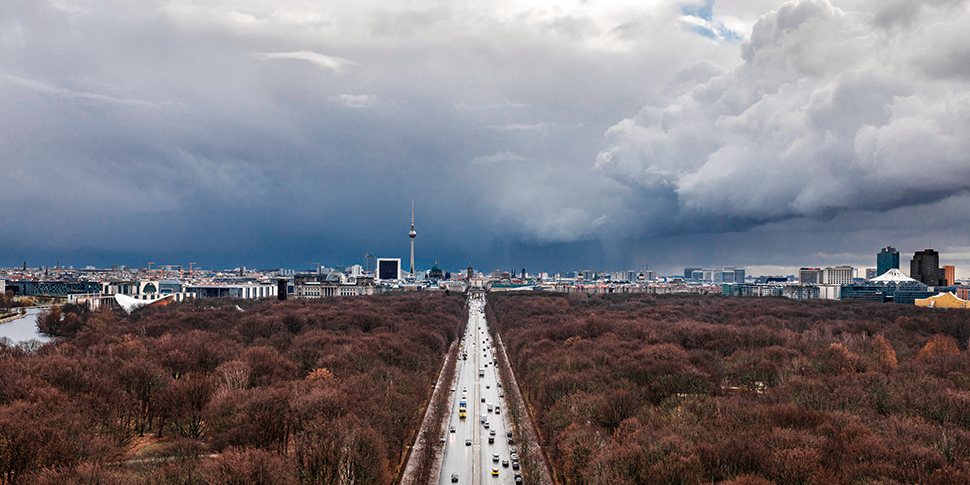 More public safety and security through simulations of urban infrastructure: In January 2022, the newly founded Fraunhofer Center for Security of Socio-Technical Systems SIRIOS in Berlin started operations. In comprehensive research and development projects, it bundles the competencies of four Fraunhofer institutes. The aim is to set up a research, test and training environment for security authorities, rescue services and operators of critical infrastructure over the next four years. There, complex security scenarios can be simulated, experienced virtually and tested in real life. The direct participation of citizens should also be made possible, e.g. by assessing the subjective sense of security.

Whether climate-related extreme events, industrial accidents, terrorist attacks or riots at major events – public safety and security faces major challenges. In addition, the diverse dependencies between people, technology and infrastructure in modern, highly networked societies, make ensuring public safety and security complex and difficult to manage. Disturbances within such socio-technical systems can have serious, far-reaching effects, for example on the supply of electricity, internet, telecommunications, water and logistics. With new, comprehensive simulation systems, the researchers at Fraunhofer SIRIOS are investigating these dependencies in order to be as well prepared as possible in an emergency.

„Public safety and security is an essential pillar of our society. However, it is not only important to react appropriately, but above all to anticipate the unimaginable and unexpected and thus to develop security and resilience strategies ahead of time. The new Fraunhofer Center for Security of Socio-Technical Systems SIRIOS will meet this challenge with scientific excellence and develop new solutions and approaches to strengthen Germany's resilience in the long term," says Prof. Reimund Neugebauer, President of the Fraunhofer-Gesellschaft. "Together with our network of authorities, business, science and politics, we also ensure that the research results are put into practice as quickly as possible, whilst respecting personal rights and ensuring the benefit for society so that in the end, we ensure the well-being and safety of everyone." In the next few years, training and simulation opportunities will arise in which security authorities and rescue services, but also industrial and research partners, can carry out practical operations in virtual reality and test and further develop new or existing systems for operational support and situation visualization.

The focus is initially on two special threat scenarios: the effects of an extreme weather event in a large city and a man-made disaster at a major event. „Dangerous situations like this are a sad reality and will probably continue to affect us in the future. That's why it's so important to research the interaction of technology, infrastructure, emergency services and the population even better and to transfer the findings to other or new threats," says Daniel Hiller, Managing Director of Fraunhofer SIRIOS. Accordingly, the focus is on simulating damage to buildings, supply networks and infrastructure such as the power supply and the resulting disruptions, for example due to the failure of the internet, telecommunications or logistics chains. Also, the behavior of crowds and the intervention of helpers will be simulated in order to better react to panic situations during an event, among other things better in panic situations to react to an event.

The new Fraunhofer Center will receive start-up funding from the state of Berlin and the federal government until 2026 and will then be established as an institution of the Fraunhofer-Gesellschaft. The office of Fraunhofer SIRIOS is located at Fraunhofer FOKUS in Berlin. Prof. Manfred Hauswirth, director of Fraunhofer FOKUS, represents the center as spokesperson for the center.