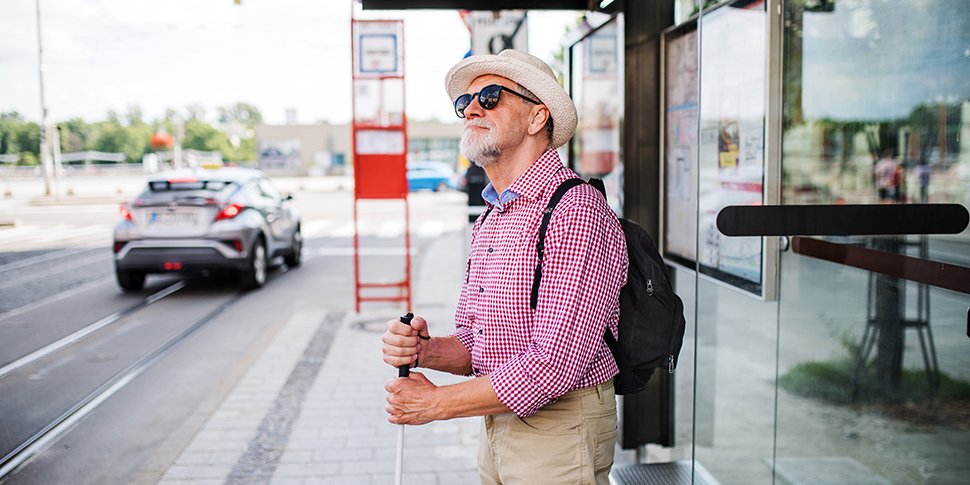 In the “Ride4All” project, a model route for barrier-free public transport will be established over the next two years. Users will travel from Soest to Paradiese station in automated minibuses accompanied by an inclusive app with barrier-free operation. The project is funded by the Federal Ministry of Transport and Digital Infrastructure with 2.3 million euros.

Local public transport in urban and rural regions plays an important role in the social participation of older people or people with limited mobility and sensory disabilities. The new project “Ride4All” is trying to make public transport more attractive for all population groups through a highly accurate app. It is more precise than the navigation systems pre-installed in smartphones and can guide even blind and visually impaired people to the stop and then to the precise location oft he door of the automated minibus.

For this purpose, a model route for automated electric minibuses will established between Soest and Paradiese stations in North Rhine-Westphalia. In addition to the technological implementation, “Ride4All” will also evaluate the user-friendliness and acceptance of the service. The aim of the project is to develop a concept for the integration of autonomous vehicles into the public transport system.

The smartphone app “mobil info” has already been offered in Soest for several years. It not only provides timetables, but also enables people with sensory and mobility impairments to use public transport without barriers, for example by navigating the user to the bus stop and also supporting them during the bus journey. This app is to be expanded by the project to include trips with autonomous minibuses.

Fraunhofer FOKUS will contribute to the further development of the app, for example by adding functions that transmit the exact position of the bus door to visually impaired people if they are travelling alone or do not want to be dependent on the help of others, or an exact wheelchair recognition at the bus stop. Fraunhofer FOKUS is relying on the expansion of its everGuide indoor localization solution for blind and visually impaired people, which has already been successfully introduced in many public buildings.

Besides Fraunhofer FOKUS, the following partners are involved in the project: