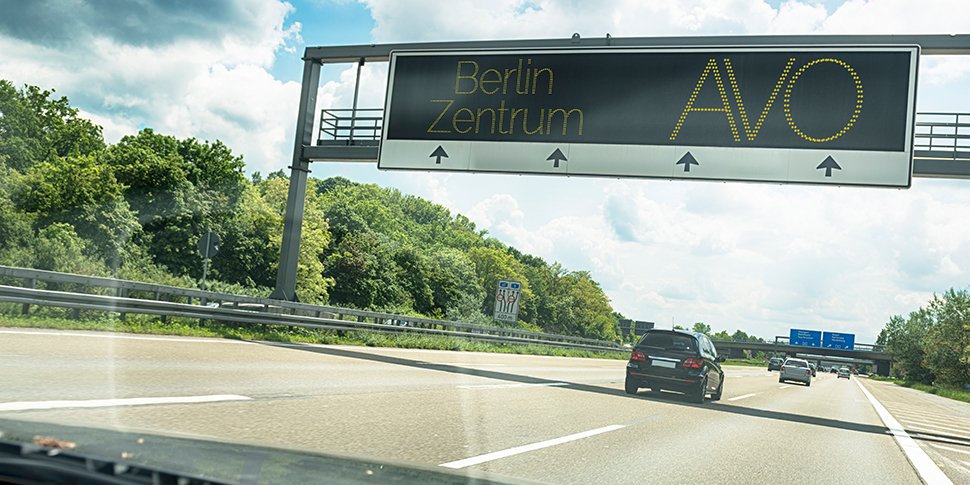 Will there soon be an “Automated Vehicles Only” (AVO) lane? In the INFRAMIX project different scenarios for the road infrastructure of the future are tested. Wittelsbach bernd/ iStockphoto

On the way to the hybrid road

In the three-year EU project INFRAMIX, simulations and real field tests on motorways in Austria, Spain and Germany have shown that digitalization and communication form an efficient bridge between conventional and automated vehicles, thus enabling mixed traffic. Fraunhofer FOKUS used its simulation environment Eclipse MOSAIC (formerly VSimRTI) in the project and developed it further.

The Eclipse MOSAIC co-simulation environment was used to combine various simulators, e.g. for traffic, road infrastructure, communication and the individual vehicle. For example, the traffic situation on a 20 km/12.5 miles long section of the Spanish AP7 motorway near Girona could be virtually displayed within 24 hours with 125,000 vehicles on the basis of real traffic data. The traffic consisted of a mix of trucks, conventional, networked and automated vehicles. With the help of Eclipse MOSAIC, the FOKUS research team was then able to carry out a comprehensive evaluation of the traffic estimation and control solutions developed in the project, such as dynamic lane allocation and variable speed specifications.

Cost-intensive expansion with variable traffic signs can be reduced through networked, automated mobility

In the project, Eclipse MOSAIC was extended in the following points:

Since 2017 INFRAMIX has been working on the preparation of road infrastructure to best support mixed traffic of conventional and automated vehicles, and to make the transition period safe and efficient. The main objective of INFRAMIX was to design, improve and test both physical and digital elements of the road infrastructure - in simulations as well as live. Along specific scenarios, such as road works areas or motorway entrances, it was tried and tested how traffic can be controlled in the future in a predictable, safe and efficient way despite new requirements. The essential core element was a “hybrid” road infrastructure capable of addressing all vehicles equally during the transition period, thus forming the basis for the future automated mobility system.

The INFRAMIX project team included the Austrian road infrastructure operator ASFINAG, Siemens, TomTom and BMW. The project was funded by the European Union in the current framework programme for research and innovation, Horizon 2020.