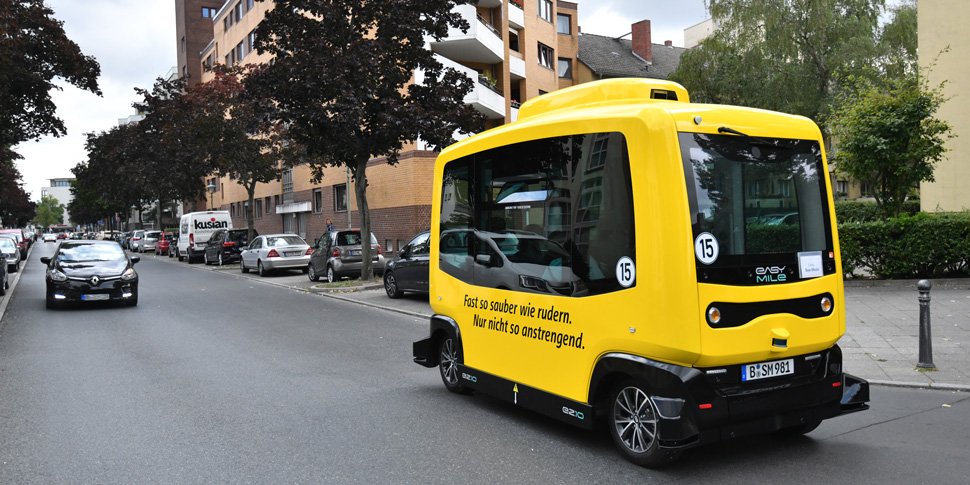 On the way to digitalized urban traffic

The main objectives of the digitalization of urban traffic are to create more safety and comfort for the different road users while taking into account the overall traffic situation. In the project “Shuttles & Co - Digital Test Field Urban Traffic” this is being further developed and tested in Berlin with automated vehicles and new communication services. Citizens will be involved as well and given the opportunity to test innovative technologies. For example, starting this summer, passengers in Berlin-Tegel will be able to use three highly automated minibuses free of charge. The project is managed by the Senate Department for the Environment, Transport and Climate Protection and will be funded by the Federal Ministry of Transport and Digital Infrastructure with a total of 9.8 million euros over the next two years.

In “Shuttles & Co”, researchers from the Smart Mobility business unit at Fraunhofer FOKUS are working closely with the Daimler Center for Automotive IT Innovation (DCAITI) at TU Berlin to further develop basic technologies for the future digitalization of transport. The focus here is on improving digital maps and traffic information - a central basis for highly automated driving. For example, bus rides are simultaneously used to detect continuous changes on the road using artificial intelligence in a smartphone app using map objects such as traffic signs, traffic lights or road works. The aim is to automatically update the map material in the test field. Only pre-processed information without personal data is transferred from the vehicle to the backend.

Since many sensors detect more than just a single automated car or bus, another focus is to further develop the exchange of individual messages between vehicles and also the traffic infrastructure via WLAN or mobile network, such as the broken down car around the corner, towards the implementation of a cooperative perception of the environment. This ensures a redundant and thus reliable perception of the road situation.

There are going to be situations in the future where highly automated vehicles need to be controlled by a human being: For example, during very heavy rain or an unforeseen construction site. Fraunhofer FOKUS offers a system for tele-operated driving for this purpose and advises the project partners on how to implement this function.

Pedestrians and cyclists must also be included in the digitalization of traffic. In the project, Fraunhofer FOKUS is therefore adapting communication services from the vehicle for this target group, such as an indication when the cyclist's traffic light turns green on the planned route.

From the results of the project, the project partners will be able to jointly derive findings for the traffic of the future.

The project partners besides Fraunhofer FOKUS are: