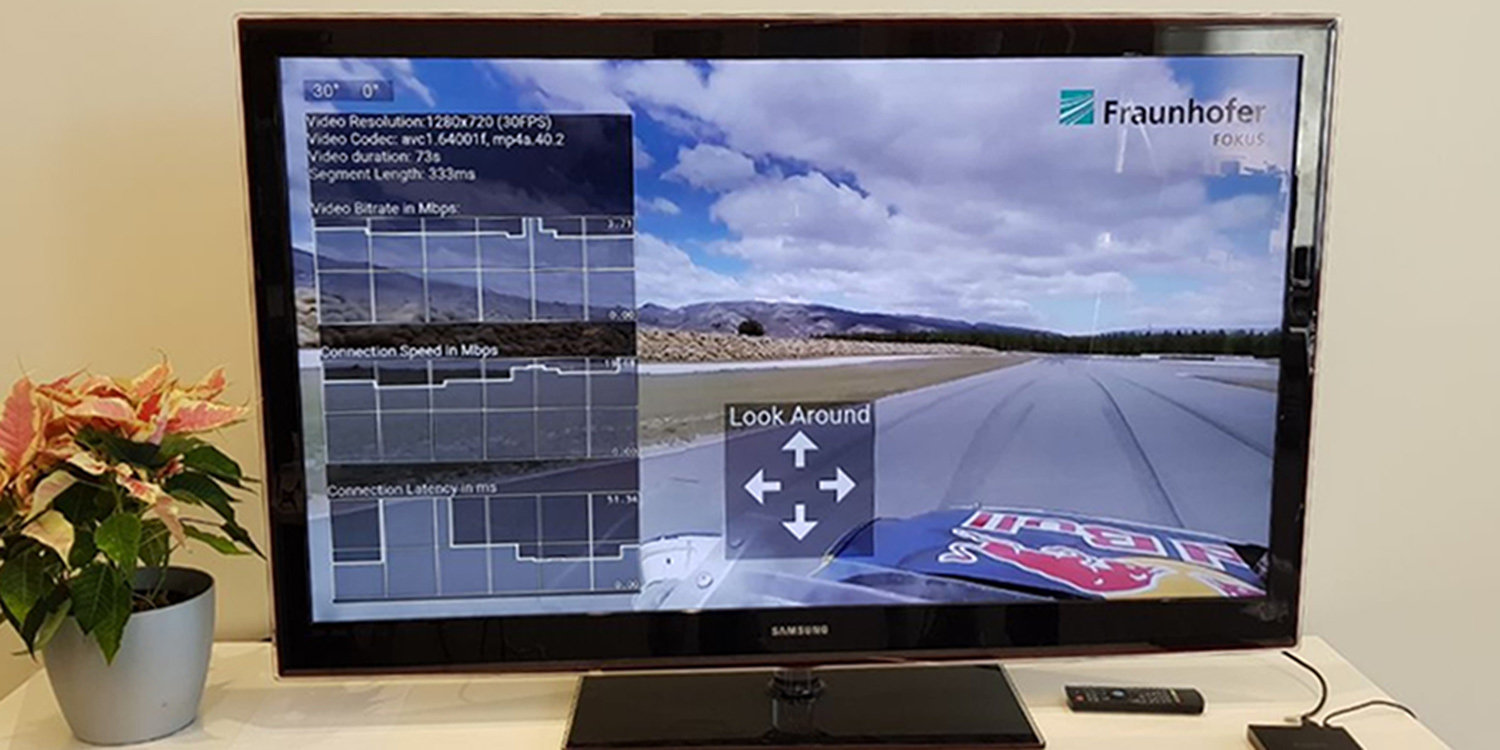 From December 4-6, 2017, Fraunhofer FOKUS business unit FAME participated in the “Workshop on Virtual Reality Ecosystem & Standards”, which was organised by the 3GPP SA4 Working Group and the VR Industry Forum in Santa Clara, California.

During these three days, latest technologies and developments in the domain of VR hardware ecosystems, content production, streaming and VR services have been presented and discussed. The Fraunhofer FOKUS solution “Cloud-based 360° Video Playout” was show-cased at the workshop as well. The solution allows cloud-based FOV rendering and adaptive streaming of high quality 360° videos with resolution up to 4K for the FOV and 24K for the whole sphere to any video playback devices such as TV sets (HbbTV and SmartTV Apps) as well as HDMI streaming devices (a FireTV device has been used at the demonstration). The player supports the device’s standard remote control allowing a free view (looking around) mode as well as a navigation based on clickable overlays (buttons) for more advanced storytelling (including following selected objects automatically). The showcase also included a 360° UHD live stream from Berlin to the US West Coast with a remarkably low delay (~ 90 seconds).