relayr, Co-founder and Head of Product

Jackson Bond is the CPO and Co-Founder of relayr.io. It is time to shift from isolated things in the internet to the true inter-net of things. It must get easy, very easy. relayr.io is operating at the convergence of hardware and software, and are creators of easy tools for developers for designing, building and connecting things into the internet.

The Open Sensor Cloud platform provides SDKs, REST API, and device integration for building apps across different devices from different manufacturers. The Wunderbar is an Internet of Things starter-kit for App Developers, with Wifi and 6 detachable modules with 6 Beacons, 6 Sensors, and a bridge to Arduino and Rasberry Pi. It was conceived in October 2013 and succesfully crowdfunded in March 2014, then exclusively licensed by Conrad Electronic to manufacture and distribute, globally. More at:relayr.io/wunderbar.

Jackson is also co-founder of MONOQI, Europe's premier store for discovering new designer products, and co-founded 8hertz, a speech-recognition application company (sold to VoxGen in 2007), and is an advisor to JOBSPOTTING. He previously built businesses and products for XING and Holtzbrinck. 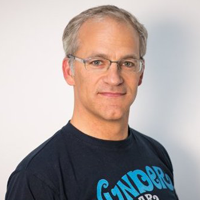