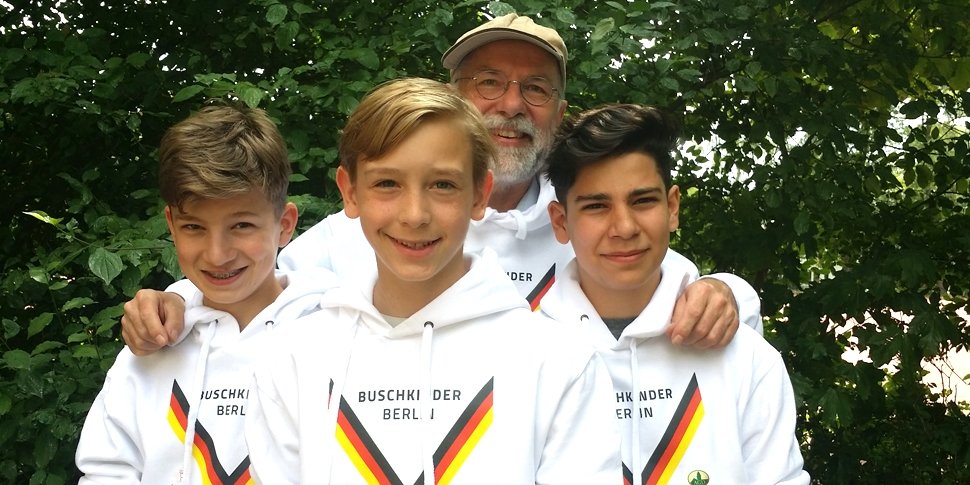 RoboCup-Team at the World Cup in Canada

The RoboCup junior team successfully placed first in the »Rescue CoSpace« discipline at the German Open in Magdeburg and thus qualified for the World Championships in Canada. The three boys from the Arndt-Gymnasium Dahlem participated at the World Cup in Montreal, Canada from June 18-22, 2018. They were prepared by Prof. Holger Schlingloff, Chief Scientist at Fraunhofer FOKUS, who has been taking care of the »Buschkinder« since 2015.

As in the German Championships, the team also started in Montreal in the “Rescue CoSpace” discipline. In the competition, simulated robots must collect as many objects as possible in a virtual arena within eight minutes. In contrast to the German Championships, however, the rules have been modified in Canada: Previously, the objects had to be collected in a largely unknown environment. The virtual robots are equipped with ultrasound and color sensors as well as a compass. At the World Championships, participants now had four hours to program the robots accordingly with a map listing the locations of the objects. Here, the clearly older competitors were better prepared: They had already implemented a software with which the map could be adapted.

Although it was not enough for first place in Canada, participating in the World Championships was a great experience. Next year, the “Buschkinder” want to further develop their robots and start at competitions again. Maybe it will work out in 2019 with a national or even an international title. We keep our fingers crossed!