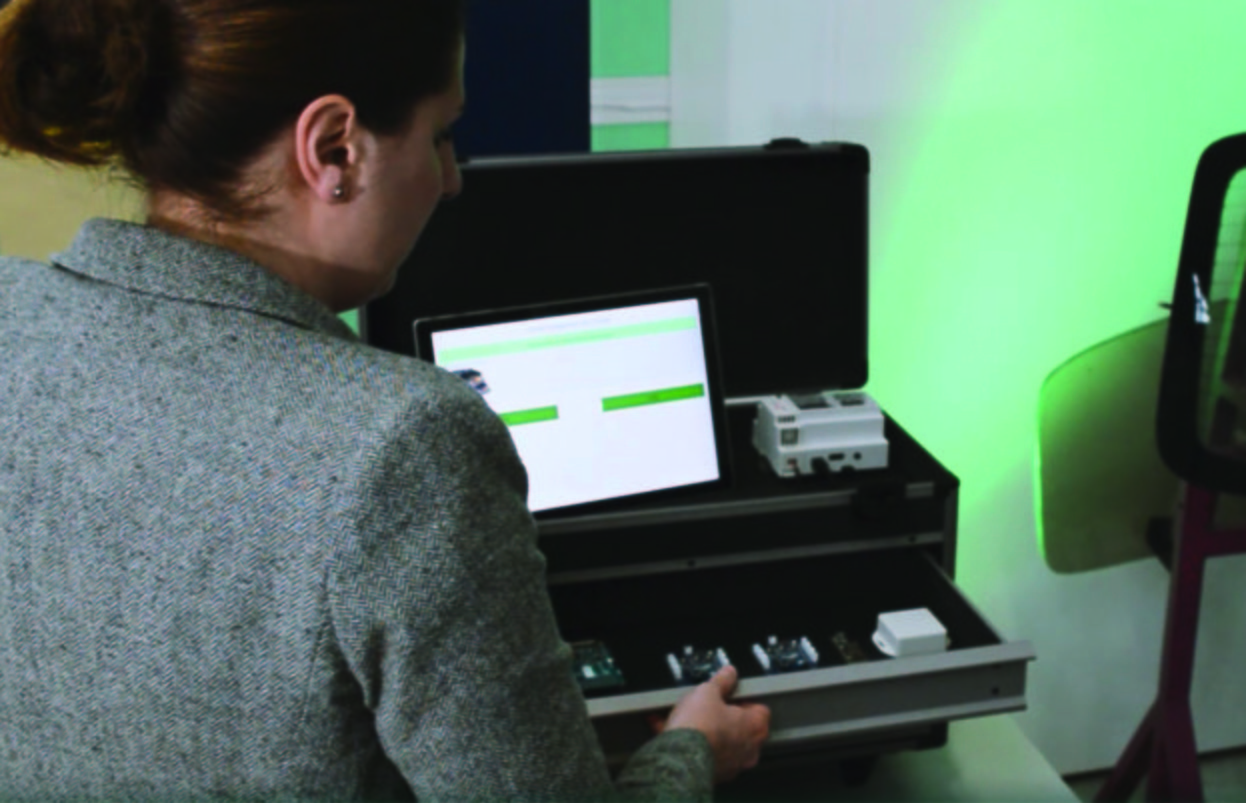 Together with our colleagues from the Fraunhofer Institute for Production Systems and Design Technology IPK, we from the Fraunhofer Institute for Open Communication Systems FOKUS have developed the Industrie 4.0 suitcase in the Berlin Center for Digital Transformation. With this suitcase we implement first IoT applications on existing production environments. Such "retrofitting" enables, for example, real-time condition monitoring, and the monitoring of production plants and processes. Based on this, for example, predictive maintenance can be realized by machine learning methods.

The suitcase is a piece of hardware, an industrial gateway that connects to sensor nodes via Wi-Fi, Zigbee or Bluetooth interfaces, and industrial and networked industrial bus and fieldbus systems to machine and industrial control systems. Also included is a set of sensor nodes: we introduce some on-board sensor components into the production environment and measure equipment states. These include, for example, parameters such as acceleration, yaw rate, temperature, magnetic fields, humidity, pressure and more.

The software tool kit “OpenIoTFog” developed by Fraunhofer FOKUS has already been installed on the gateway. With this “Fog Node” (or more), we are establishing a central component of future Industry 4.0 network architectures in the production halls. The Fog nodes can be easily integrated into existing industrial networks and are able to read system controls via standard-based interfaces and to actively control them. Similarly, a connection to a higher level production control such as a Manufacturing Execution System (MES) can be easily realised.