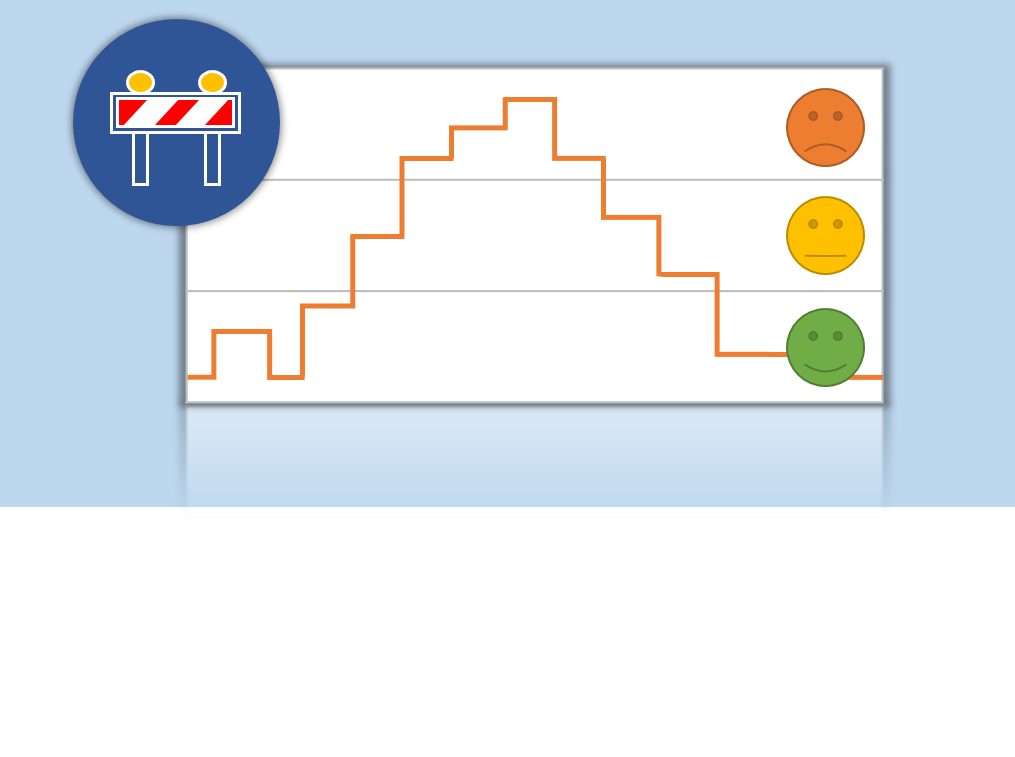 The chosen scenario illustrates a road closure as a visible response to the measures of sensors.

Likewise, this process can be used as an example for all services or processes that can be initiated by public administration. Many administrative processes collect a variety of data to control legal requirements, for instance monitoring air quality.

Several German cities such as Stuttgart and Berlin are increasingly exceeding the limits for dust pollution. There is a ongoing political debate on how the emission of pollutants such as particulate matter can be reduced.

At the same time, there is already a possibility to reduce pollutants in the data itself. The data does not only indicate that the fine dust load is too high. It also has the potential to support the public administration in carrying out actions to prevent exceedance of said limits.

In the scenario a sensor measures the air quality of a road section. If measured values exceed certain limits permanently or in the short term, the blocking of a road is proposed automatically. The blocking must be approved by the administration before it becomes active. The blocking can be canceled manually too, unless the normal state is reached, then the road can be automatically opened again.

The scenario uses several gas sensors. The data of the sensors is transmitted via OpenMTC.

The pollution service evaluates the sensor values and calculates the air quality.

The calculated values are displayed and the actuators are addressed via OpenMTC if the lock is activated.