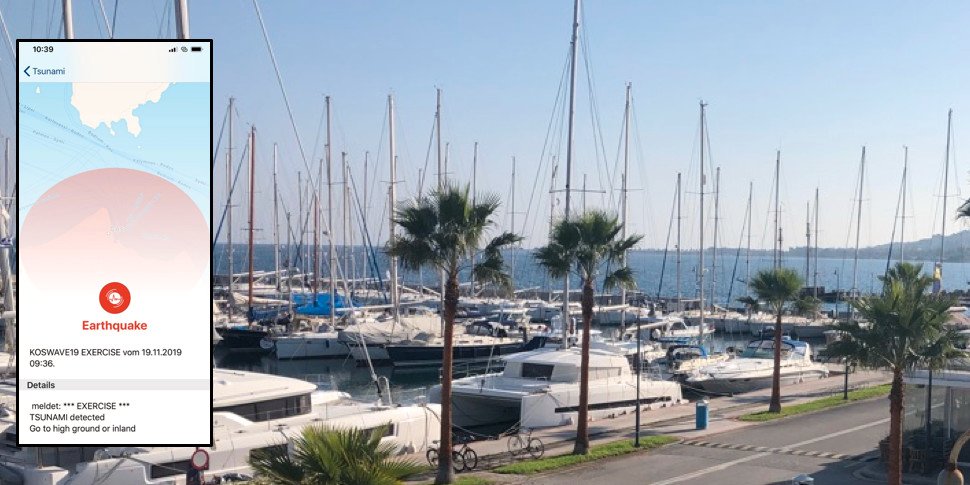 The latest evaluation of a tsunami exercise on the island of Kos by the European Commission shows that KATWARN is crucial for quickly warning those affected. During last year's exercise, KATWARN was the only warning app used, along with other warning channels such as sirens, scoreboards and loudspeakers.

On November 21, 2019, the European Commission's Joint Research Centre (JRC) tested technology and procedures from the EU's Tsunami Last Mile project. During the exercise, the KATWARN warning system developed by Fraunhofer FOKUS was used to send a tsunami warning to the exercise groups and give them instructions on how to evacuate. The evaluation, which was only published this year, shows that seamless dissemination of the warning message was only possible through the use of KATWARN. Without the KATWARN app on a teacher's cell phone, for example, the warning would not have reached a participating school class. The sirens could not be heard in their classroom.

"After a seaquake, there are often only a few minutes to get people near the coast to safety from a tsunami. So alerting everyone affected quickly and disseminating important evacuation instructions through KATWARN in a targeted manner can save lives in an emergency," said Charles Panié-Dujac, project manager from TURMsolutions GmbH, which deploys the KATWARN system internationally.

The population warning system KATWARN has been used by German security authorities for ten years to warn people of dangers via their cell phones. It has also been in use internationally since 2017.