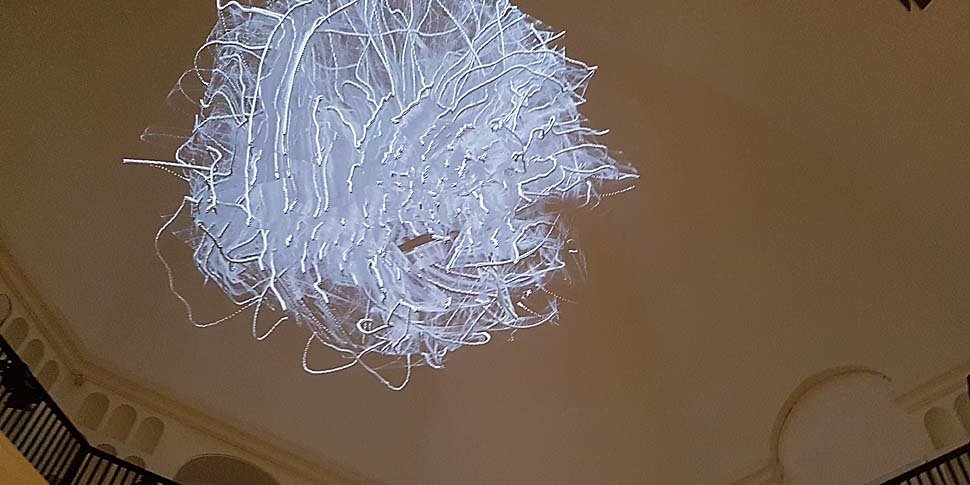 How could Artificial Intelligence look like? The Projection of VISCOM at the Symposium »(Un)ergründlich. Künstliche Intelligenz als Ordnungsstifterin«. Fraunhofer FOKUS

On October 18, 2018, the Competence Center, Public IT, will host the symposium »(Un)ergründlich. Künstliche Intelligenz als Ordnungsstifterin«. VISCOM accompanies the event with a dome projection visualizing Artificial Intelligence (AI). Visit us from 9:30 am at the ´silent green Kulturquartier´ in Berlin.

Within just a few years, AI has developed into a highly interesting topic. Autonomous vehicles, self-learning infrastructures, such as in the energy- or electricity supply, or intelligent household appliances, are just a few examples of future application areas.

But how are we supposed to be understand what's hidden behind this term? ÖFIT and the business unit VISCOM from Fraunhofer FOKUS have designed a projection that tries to represent AI immersively. The necessary technology, the so-called projector auto-alignment, was developed by VISCOM. That makes it possible to adjust the partial images of several projectors in such a way, that the image can be projected onto arbitrarily formed surfaces. The technology ensures that the images of the individual projectors are adapted to each other in such a way that a seamless overall image is created and no distortions occur.

The projection »Kunst von Algorithmen« is shown in the dome roof of the silent green Kulturquartier during the symposium. It is based on a concept by Jared S. Tarbell and was edited by Fabian Manzke. The participants can experience a dome projection realized with a multi-projector system.