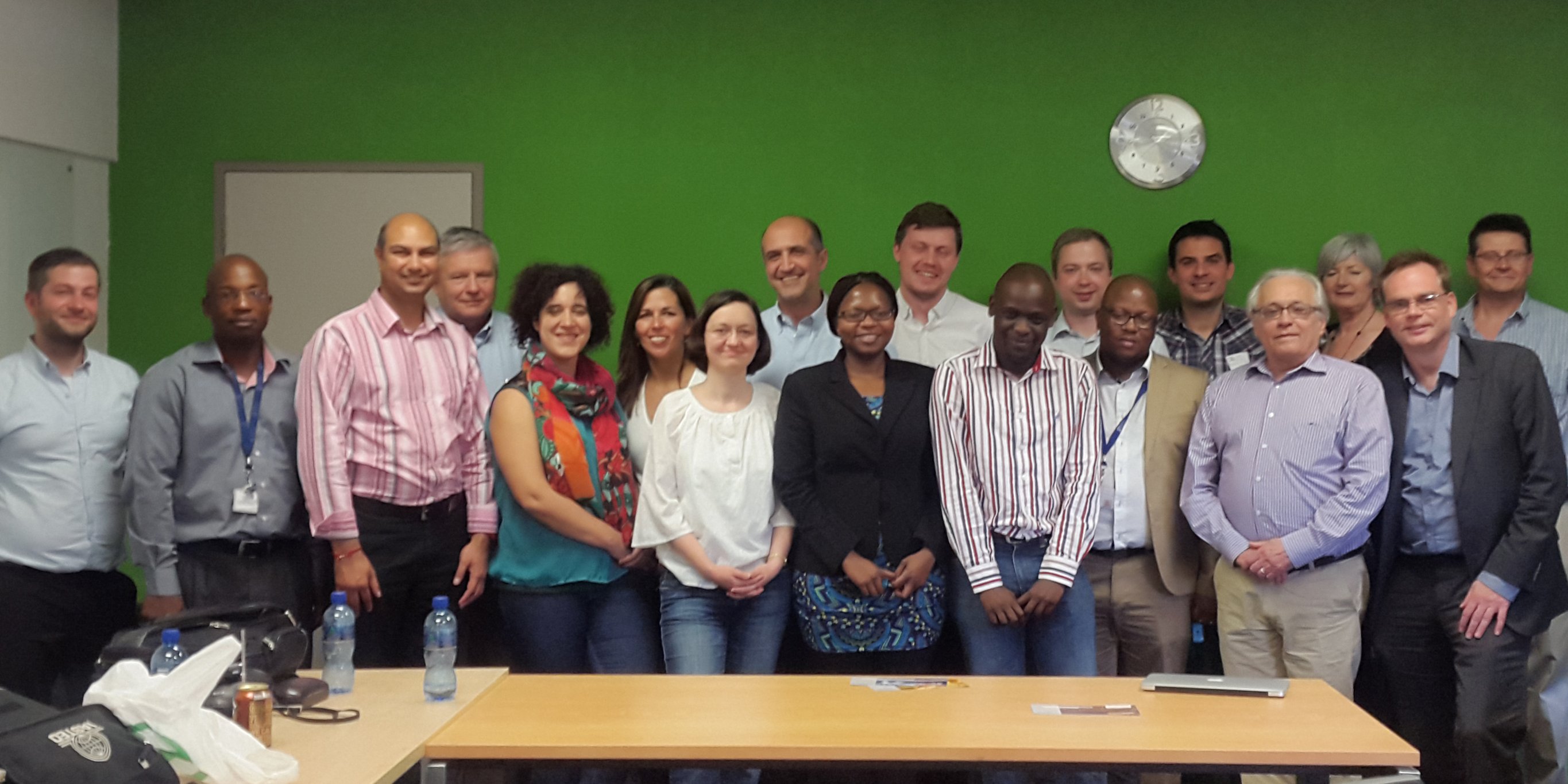 Apart from the trials, the project features also a Proof-of-Concept for enabling large-scale deployments to easily configure and switch the load of the data collectors in order to preserve the reliability and scalability of the service. The concept is called end-to-end programmable networking and was implemented by extending the EU and South African smart devices from both the trials, to interface with the Open5GMTC server that distributes the data collectors among the end devices using LWM2M device management protocol.

Another impressive result was enabling research and development activities for students in both South Africa and Germany through the usage of OpenSDNCore, OpenMTC and FITeagle. As a following up activity FITeagle will integrate with OpenBaton to have a open-source set of toolkits available worldwide for FIRE experiments.

On the 23rd of November, the project presented 4 demonstrations, one for each of the above mentioned R&D directions, at a special FIRE session workshop at the Department of Science and Technology (DST), South Africa, Pretoria, motivating new future collaborations between EU-SA for mutual goals.