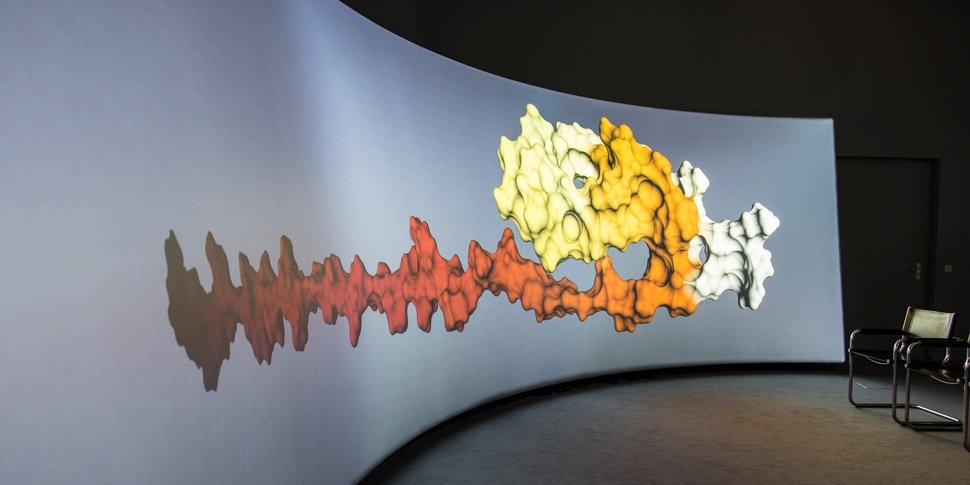 Understanding complex data and processes is often not easy. Researchers use 3D visualizations on curved surfaces to feel as a part of the scene. A typical example of such an application is the 3D representation of an operation on the human body, which is enriched with additional data such as ultrasound, CT and MRI images. The Virtual Reality Studio “Da Vinci” has existed at the Zuse Institute Berlin for about ten years now.